The Power of the Fairy Tale 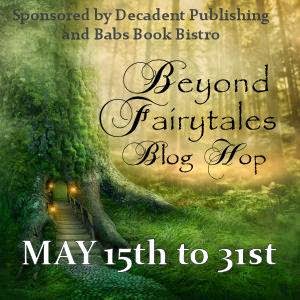 Growing up before Disney had taken over our lives, I was exposed to the classic fairy tales. I read several of them, and I think we were read them at school. My favourite was always Cinderella. I liked the idea of a girl rising above her difficulties and becoming a princess. I hated how unfairly she was treated, but also how magic and her own determination mixed with her humble goodness, enabled her to become the prince's love. I think I was also a romantic in those days.

Sleeping Beauty troubled me a bit, but I remember having one of the those golden spine books of the story. The book was filled with beautiful colour illustrations, and the one of sleeping beauty lying on the bed fast asleep with her hair cascading down the side of the bed enamoured me. She looked so beautiful. I used to try to pose as her in my room, pretending to be the heroine in the story.

Even as a kid, I was fascinated with stories and specifically romance. I used to walk all over the place because I grew up with a single working father and had to find my own way around the neighbourhood. While I walked, I thought up stories in my head. Many times, they were romances. When I played imaginary games with my friends, they usually had something to do with love.

I think that's what draws many people to the classic fairy tales. Most of them have a happy ending where a prince and princess find each other. Yes, many of the Grimm's originals are much darker, but they hold promise of a bright future. They show us the ability of ordinary characters rising above almost impossible circumstances. 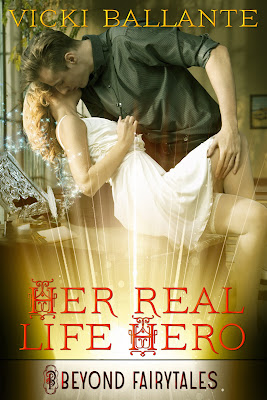 Blurb of Her Real-life Hero

When Joanie buys an antique bureau to inspire her writing, the hero in her book comes to life after she promises him he can live with her. Outraged to be stuck with a man in her home when all she wants is to revel in her new-found freedom, Joanie tries her best to get rid of Theo. The magic of the bureau and Theo have other plans. Joanie resists Theo’s magnetic sex appeal, but the more she resists, the more she succumbs.

Unable to resist the temptation, I asked for a second fairy tale and was assigned The Dryad. The story had no romance in it - well the original didn't, but I managed to adapt it to tell the story of Lina, the tree sage who met Brad, the rally driver. An unlikely pair who are brought together by duty more than love fight their own dragons. And there are many of them. I loved writing this story.

Here's the cover and link for the book. 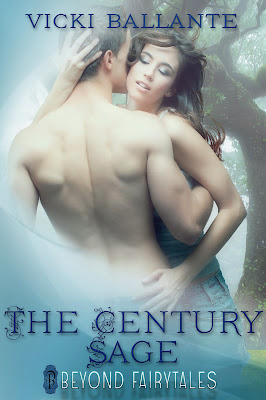 Blurb of The Century Sage:


Lina is a tree sage, a gifted person who heals trees, but her duty binds her to one place for her whole life until she marries. Tree sages must marry and birth a daughter by twenty-eight, even if true love is out of the picture. When hot rally winner Brad meets her, he is drawn to her mystical powers. Lina can’t resist the man who represents something she shouldn’t go for, but neither can she turn away his sexy touch. Brad offers to marry her and take her on a world-wide rally tour. She can fulfill her dream of traveling, and he provides a way to meet the demands of her breed, but will that be enough? What about love?

When Lina settles in Paris, loneliness and unfulfilled expectations threaten to pull the shaky relationship apart. Could the barriers between them be caused by an evil greater than they imagined? Soon, they will have to fight for Paris, but will they survive?

a Rafflecopter giveaway
Posted by Unknown at 10:00 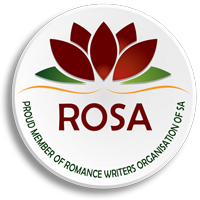